I am an Indiblogger

My experiences at the Gurudongmar Lake,North Sikkim


My experiences at the Gurudongmar Lake 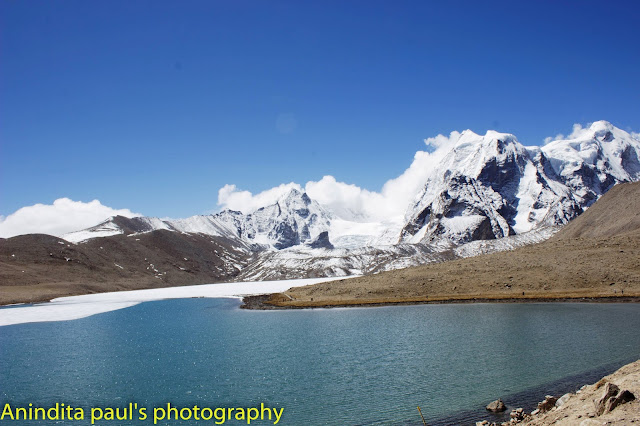 The rising sun and its golden hue on the snow capped peaks  did not hold any promises for the day.So we had started early , to return before the weather got bad.It was cloudy the evening before and Sikkim was under a spell of pre-monsoons.
The darkness slowly cleared out as the queues of cars moved in only one direction,we were all heading for the Gurudongmar lake. The misty cloud alongside was slowly clearing out,but the drivers were reluctant to stop for some photographs, for they anticipated unfavorable weather. 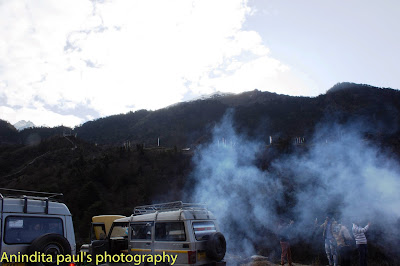 One moment we rolled down the windows ,in an attempt to click some pics,and the next moment the weather outside compelled us to roll them up.
Our driver was an efficient young local fellow,who did his  his job well but did not believe in communicating with his passengers.So we had no clue as to where we were exactly,and how much more time it would take to reach the lake.

Small purple flowers had carpeted the scenery around us with occasional splashes of the crimson rhododendrons.A new set of leaves had just sprouted out of the dry branches with the advent of spring.

After about 2 hours of a very jarring ride we reached our  place for breakfast.It was a very small house with a small door as it seemed from outside.From the exterior it did not seem that the place can accommodate about 25 people inside.The place served very basic breakfast like bread jam ,Maggi or bread omelette and tea.

This was the coziest place I had ever seen,biting cold outside and comparatively warm inside.With a stove burning to one side ,people sitting huddled together and sipping hot tea. 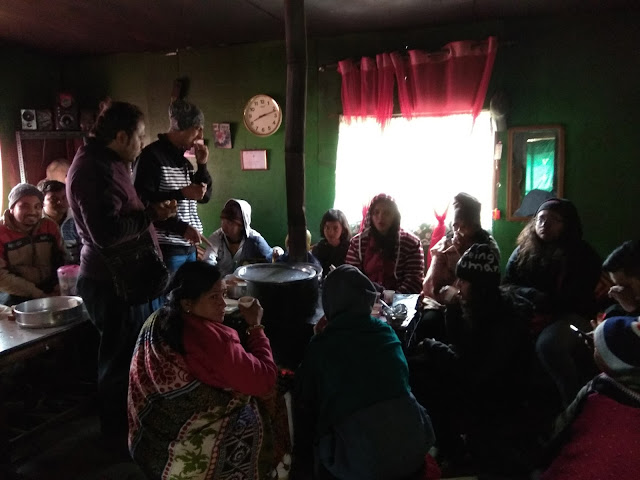 I was not in the mood to have anything,probably because though apparently I looked calm,I had carried my apprehensions about AMS (Acute mountain sickness)with me.I kept away from food and even discouraged my kids from eating ,since I felt that food can make it further nauseating for me up there.All four of us had taken our dosage of homeopathic medicine that we had carried with us and till now it seemed to be  a smooth run .


Call it my will power ,or a  very strong desire to witness this creation of nature so fueled by all the pictures ,I had seen long before the trip ,that I had almost started considering my eight nights tour of Sikkim futile ,if I could not make it.

A guide to the mesmerizing Kalpa

Valparai (The Hidden Gem in the Annamalai Ranges,Tamil Nadu ) 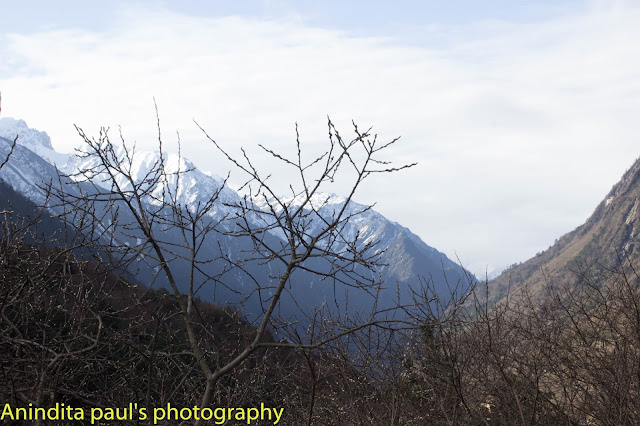 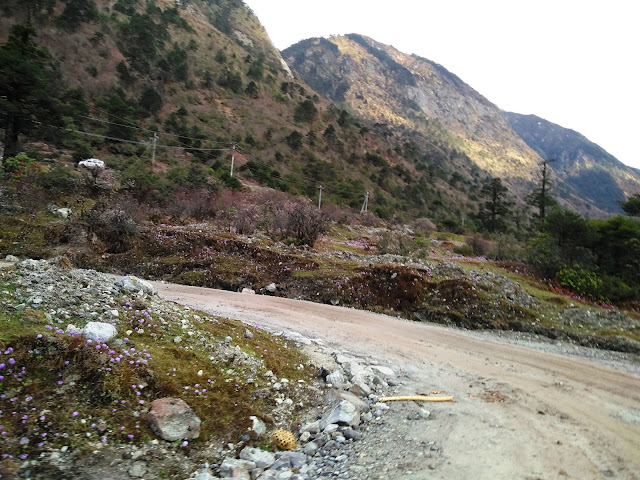 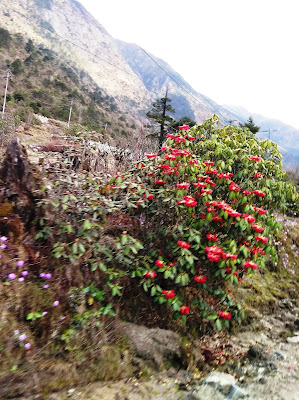 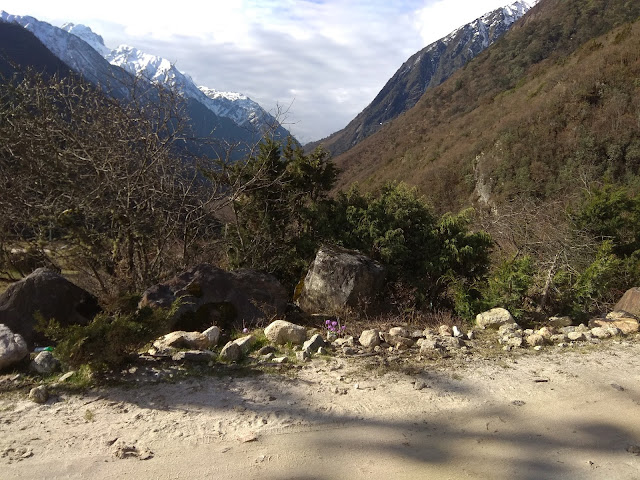 We had left behind the green cover long back,dried out grassy vegetation surrounded us now .The effects of the snow cover which had melted about a couple of weeks ago was visible.We had for sure crossed the tree line were amidst alpine vegetation.  We were riding a very bumpy ride in a Bolero on practically non existent roads. 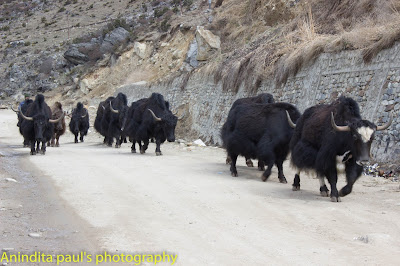 However all our discomfort was compensated by the the natural beauty around us.The  distant snow covered peaks had come close now,assuring and reassuring us in every turn  that something grander was yet to come. 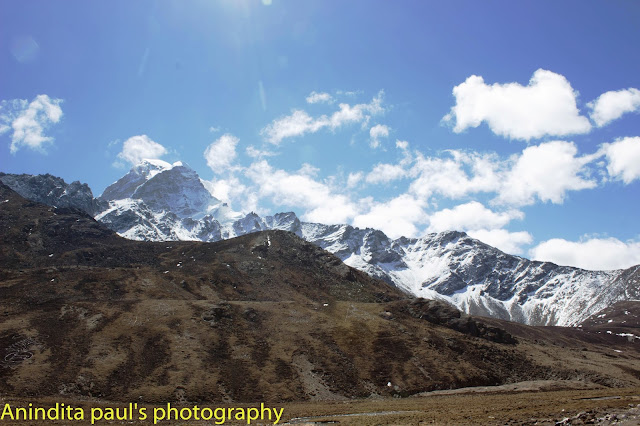 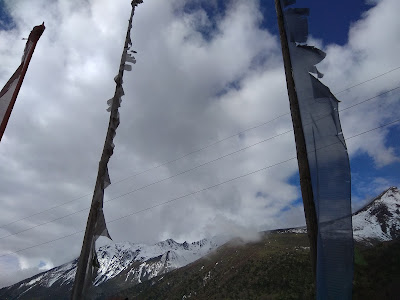 In the last leg of the journey ,we were lucky to get proper pitched roads,thanks to the  Indian army for maintaining it.

After a night's halt at Lachen(a village in North Sikkim) at 8500 feet, we were  finally reaching Gurudongmar lake at 17800 feet,in about 4 hours.Extreme weather conditions  and a very sparse in-habitation.The only humans who could be seen at regular intervals are the army men at the many army camps all along the way.

Legend has it that Guru Nanak Dev Ji had blessed the lake on his way back from Tibet,to make water available all year round for the people of Gurudongmar village.He had announced that no mater how cold it would be ,one part of the lake will always remain unfrozen for the people there.This lake is thus a holy place for the Sikhs. On the other hand,Guru Padmasambhava,also known as Guru Rinpoche by the Buddhists,is said to have passed by lake Gurudongmar,when he placed his hand in the lake and it miraculously stopped freezing.The guru is said to have recognized this place as a holy site .Locals also believe that by offering prayers to this lake they are   blessed with children.

Hence this place is holy and is indeed blessed ,as we could see it. Alighting from the car,I looked around and gaped in awe at the scene before me.Much in contrary to the ruggedness of the surroundings,it stood calm and unruffled  even with the very strong winds blowing there,in pristine glory,reflecting the blue sky on its tranquil waters. The snowy peaks at its edges stood majestically as if fortifying the lake and helping it retain its placidity.

Now that was a picture I could relate to.The snow capped peaks and the lake was exactly similar to what I had been seeing  in the pictures .However I was not mentally prepared for all the activity that was happening beside the lake.  A big lineup of cars was already there.Families clicking photographs,people selling coffee and young men even taking off their shirts in the subzero temperature to click their best ever pics with the partially frozen lake and the snow covered peaks in the background.All this and more happening while more serious photographers concentrated on their gadgets quite undisturbed  of the chaos around.

The prayer flags beside the lake were almost blown away in the very strong biting cold winds and my kids returned  to the car unable to handle it.Short bouts of breathlessness had already begun to set in for my kids.I kept close watch on my breath,and moved at a very slow pace to seat myself at one of the benches nearby. All the cautions reeled in my mind recurrently ,of not exerting oneself too much and of not spending much time beside the lake.

I sat on the bench gaping at  the lake and the surrounding , trying to get an eyeful of this unspoiled  ethereal beauty.After all I knew that this was a once in a lifetime experience for me. 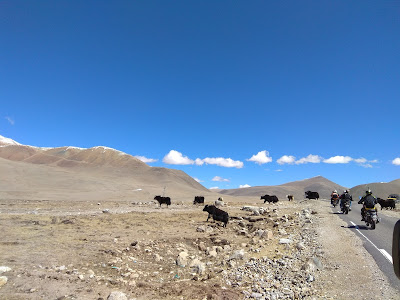 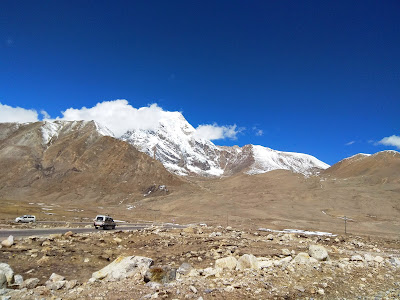 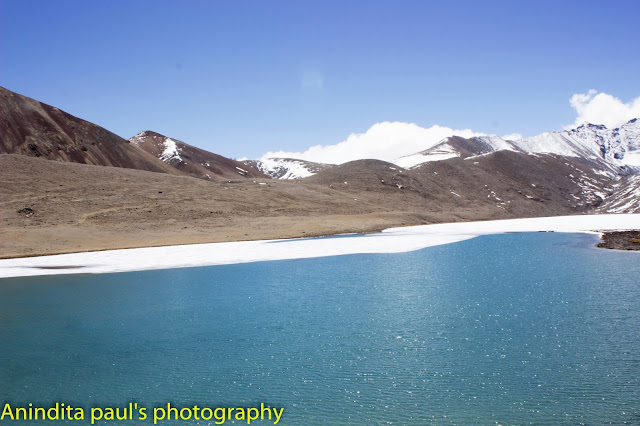 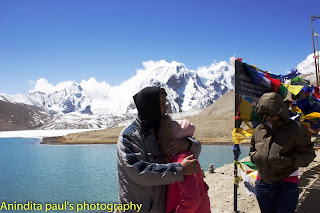 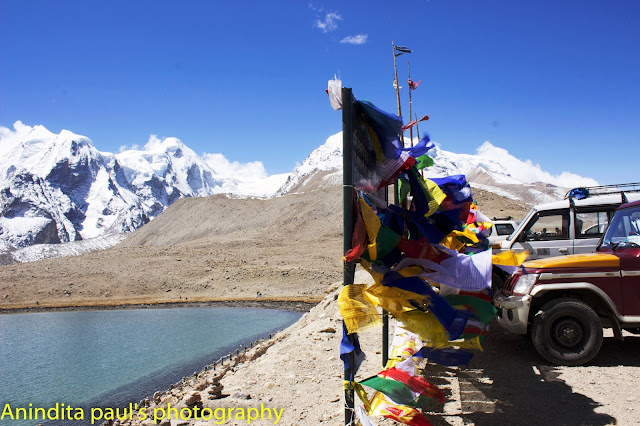 In about 20 minutes we were back in the car ,set to make our return journey.We had just made it in time as it started snowing on our way back.

A permit is mandatory for visiting the lake .
It can be obtained from the tourism department one day in advance.
Since the percentage of oxygen drops considerably as we near the lake,children below five years and senior citizens are not granted permits for the lake
It is advisable to spend a night at Lachen ,before embarking on the journey for the lake,to acclimatize well.There are many hotels available at Lachen
The vehicles on the way to the lake take a few breaks ,where one should get out of the vehicle,and walk around for few minutes in order to acclimatize.

In case of any query, please feel free to drop a comment in the comment-box.

Saint John in the Wilderness and the magic of Mcleodganj

When the itinerary for the Himachal was planned ,this place had somehow escaped our notice.Saint John in the Wilderness ,the name suggest... 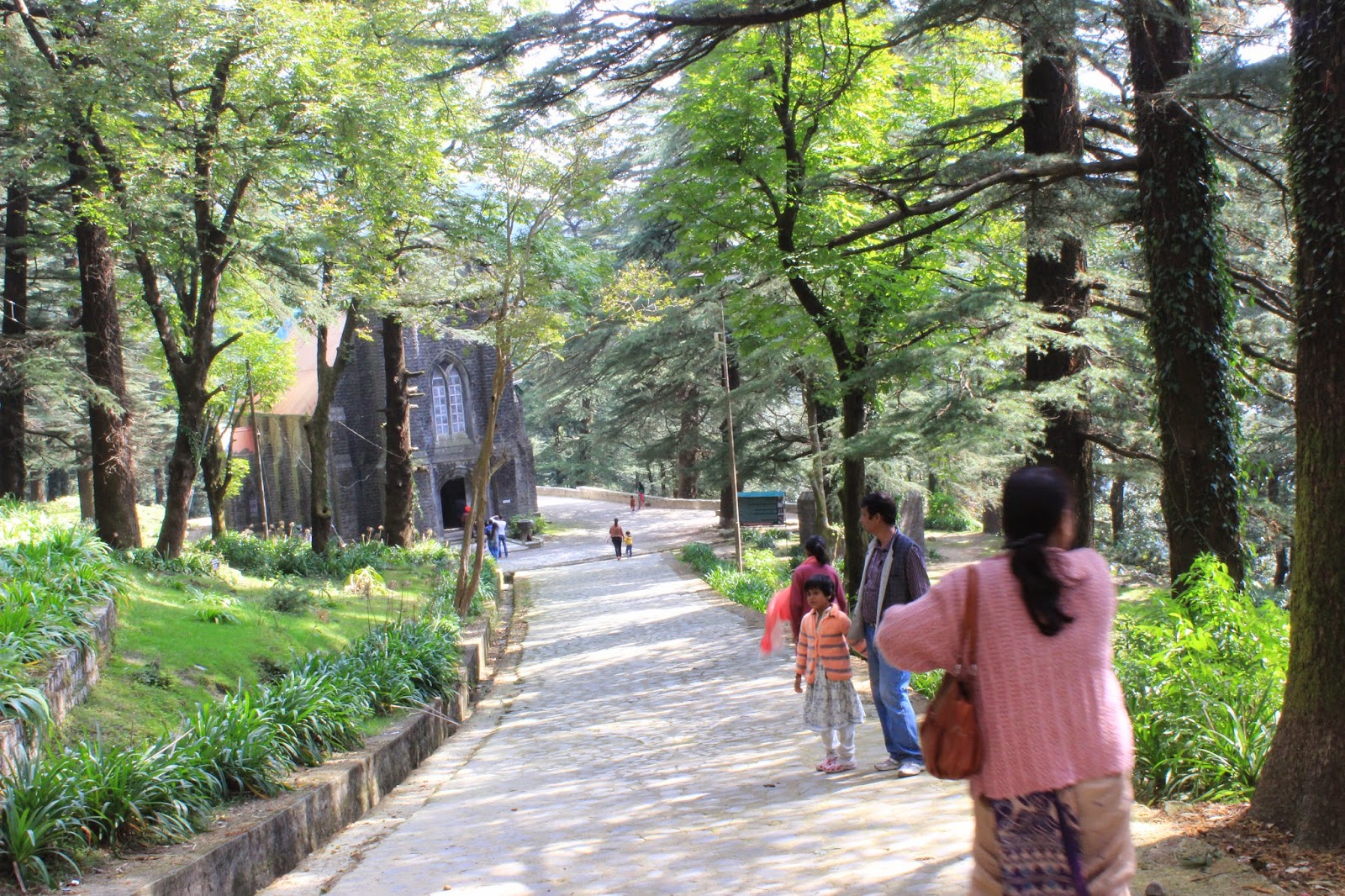